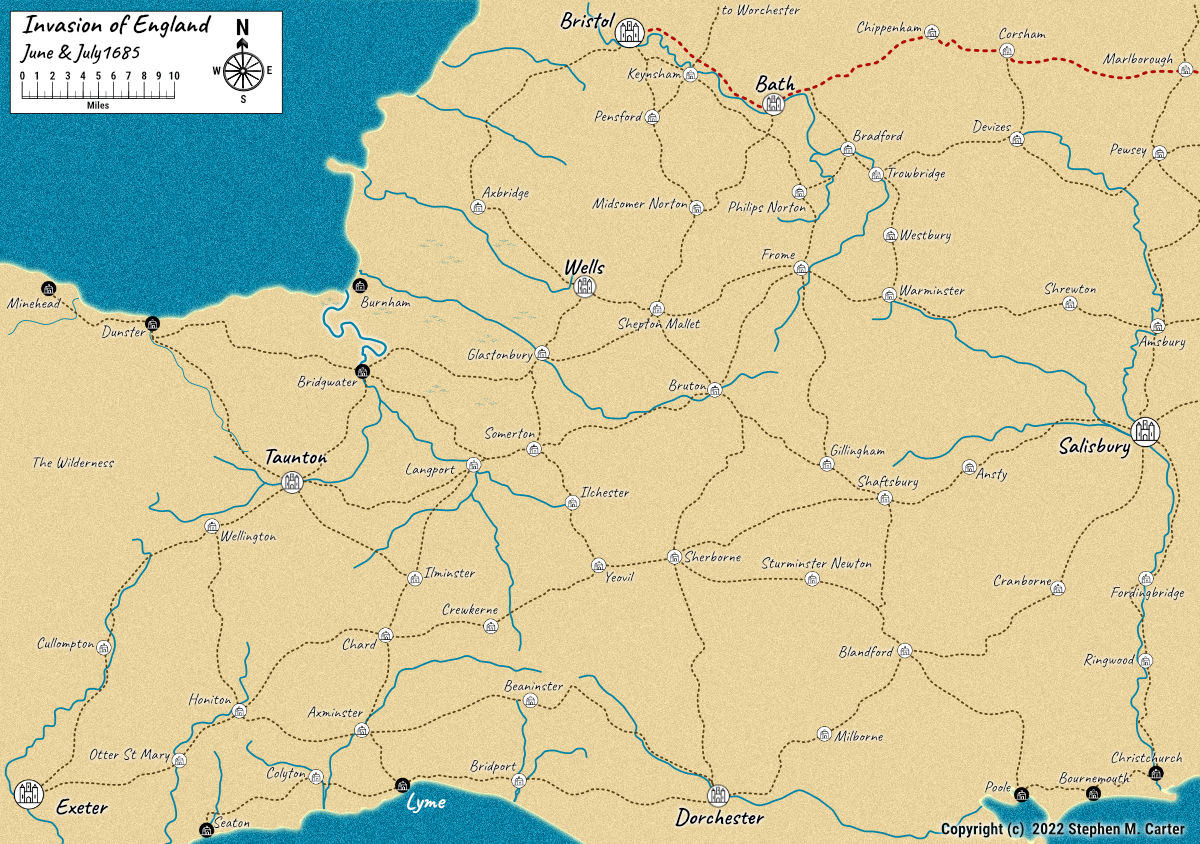 One King and the Invasion of England in 1685.

So can you put the true One King on the throne of the three kingdoms?

The campaign map is designed to work alongside One King! the wargamers companion to 1685. Starting on 11 June 1685 the Duke of Monmouth must secure a safe base and recruit an army. Then march on London and depose the usurper, the Duke of York, to become King James II. While in Scotland can the earl of Argyll secure Glasgow?

The Government Army under the earl of Feversham must block the Whigs from leaving the map towards London, or holding Bristol. If Monmouth wins then he becomes the new King. Which King are you going to fight for?

Buy One King and recreate the events of 1685: