How was Monmouth executed?

In the early hours of July 15, 1685, a vast crowd gathered at Tower Hill. Many had travelled by the river and so that by dawn the whole area was already overflowing with people. They had come to see the last act in the life of their beloved Jemmy, their Duke. They came from all walks of London life, from the Soho apprentices to lawyers, but they all loved the Duke of Monmouth. By nine in the morning the mood was becoming angry and tense. Fearing the worst, the officials has surrounded the scaffold and lined the way from the tower with thick ranks of well-armed soldiers. In their red coats, they created a bloody ribbon through the masses. Then just before 10’o clock in the morning James, Duke of Monmouth came from the tower, and stepped into the awaiting coach. 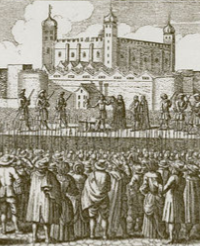 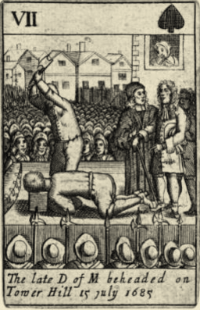 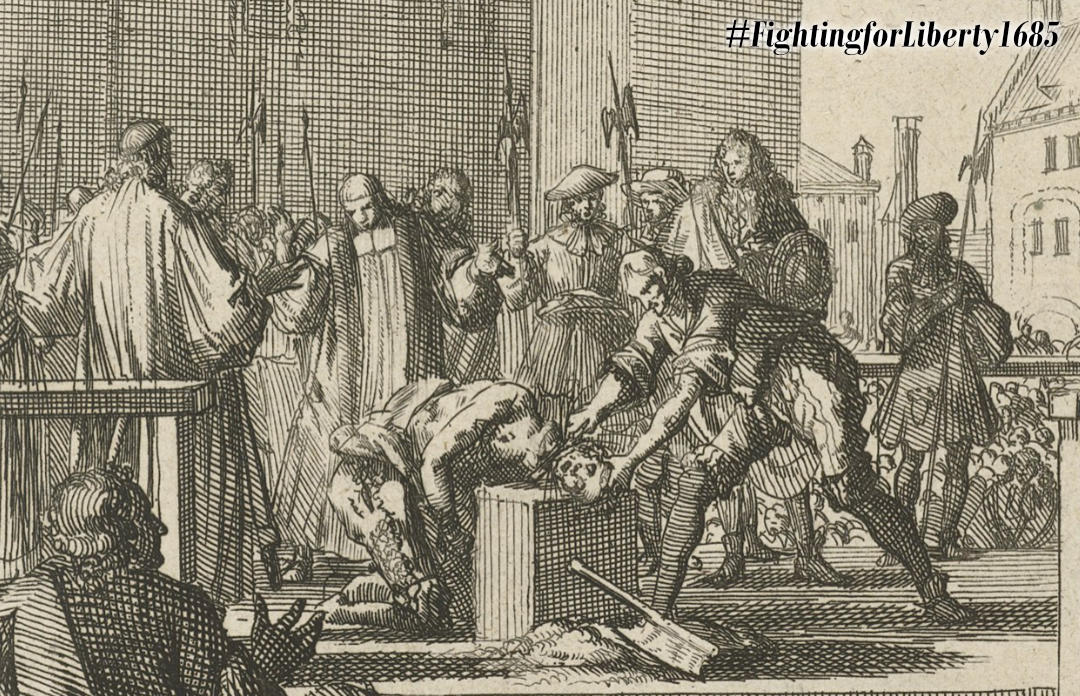