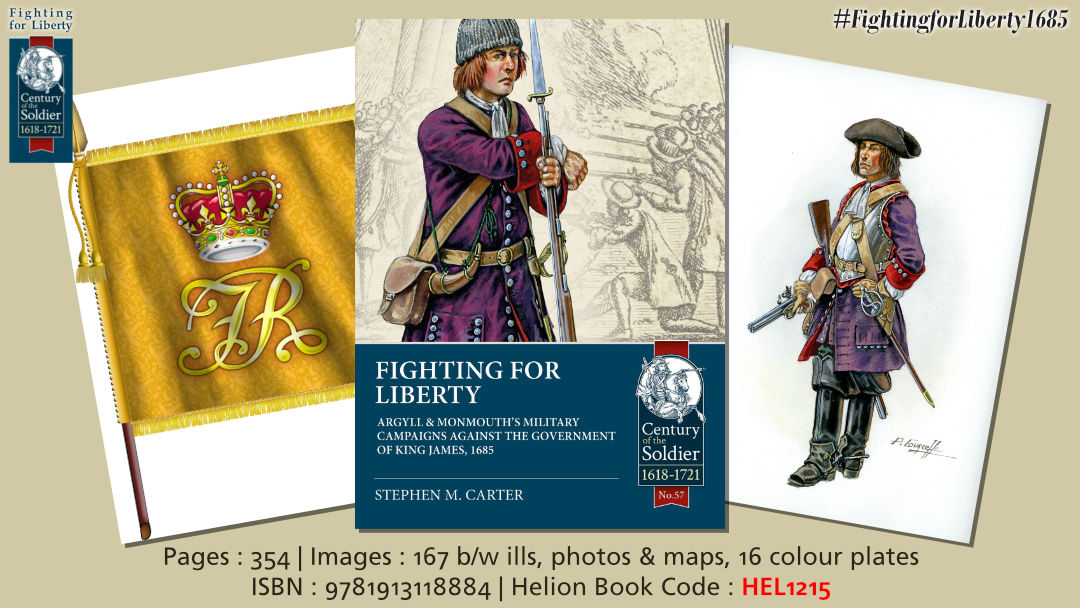 The True Story of the Monmouth Rebellion

Fighting for Liberty gives a gritty blow by blow account of the Monmouth Rebellion of 1685. A conflict that starts in Orkney and ends on the battlefield of Sedgemoor. Today, there is a myth that the rebels were a misguided peasant rabble, easily put down by disciplined lines of red-coated soldiers, but this is not reflected in the original correspondence, marching orders, and manuscripts. These tell a vastly different and far more dramatic story, one that pits the British Army against its former victorious Captain-General, the Duke of Monmouth. A forgotten story that involves marches across mountains, Naval actions, and battles over desolate hill tops. After 20 years of research, Fighting for Liberty, offers a fresh perspective on the events that became known as the Monmouth Rebellion, and will change your understanding of 1685.