With the Government horse now pressing on both wings Monmouth orders a general retreat. On the left Brandt’s Scythemen repulse Oglethorpe’s horse, while Foulkes comes under pressure from Orby.

Monmouth right wing starts into rolling retreat but on the left the Government horse their continued assault fragments the line as units try to pull out of the combat. Sandys horse finds a gap in the Whig line hitting Holmes’ regiment in the flank. 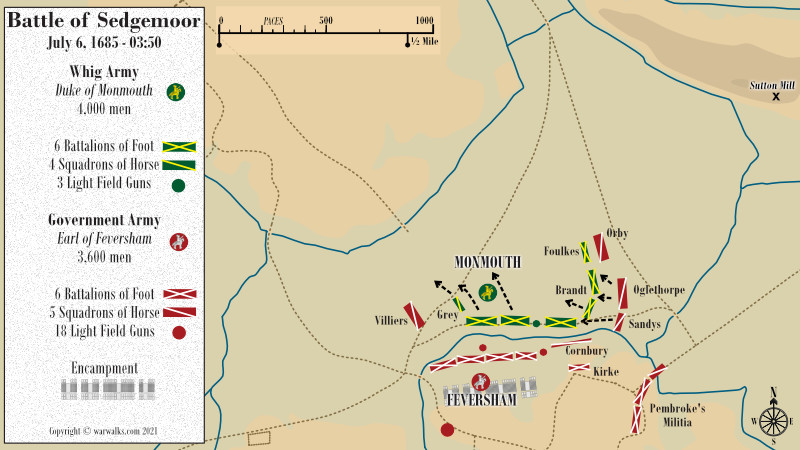 On the left the Whig infantry are now attacked by the Government foot, while the Militia arrive from Middlezoy. On the right Monmouth’s foot manage to withdraw. 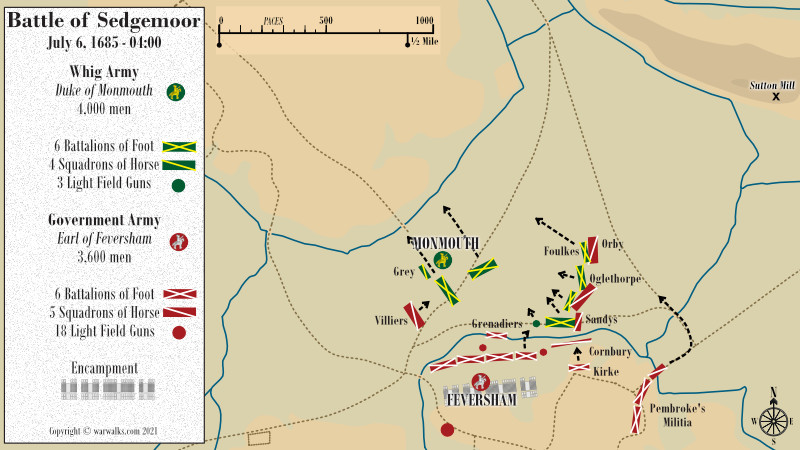 Monmouth line has broken with his left assaulted by the Government horse, the battle looks lost.

This account is based on a more detail description of the Earl of Argyll’s & the Duke of Monmouth’s campaign of 1685 available from Helion & Company in my Book Fighting For Liberty.